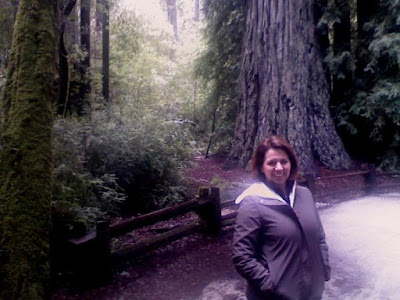 The sequoia is the largest tree in the world. California is home to a number of sequoia groves. Most of the remaining groves are in the Sierras. For years uncontrolled deforestation annihilated most of the coastal groves. However, a few remain. I grew up in Marin County, just north of San Francisco. There is a grove of sequoia nestled into the north slope of Mt Tamalpais not far from Stinson Beach. Muir Woods is named after the naturalist, John Muir, and aptly so. He spent his life to preserve the natural beauties of California. As a child and young adult, I would return again and again to the majesty of Muir Woods; trees, 2000 years old, wider than a Chevy Suburban, lined the needle strewn path. It seemed as if these gargantuan sentinels quietly observed as 2 millenia of human history passed beneath them.

I have previously mentioned my affinity for trees. I have always avoided cutting them down (I refer to the ones in our yard). However, at times, this is necessary. They become diseased, overgrown, or present a danger to the house or power lines. But I have probably planted more than I have hewn. However, the deciding factor on the location of the lot we chose to build our house was the view of the natural oaks present there. In Connecticut, I had grown accustomed to the view of the forest from the kitchen window, every morning, as I ate my Lucky Charms.

Today, feeling the need to escape the hotel again, we headed for Big Basin State Park. Prior to today, I had never heard of it. Like Muir Woods, it is a grove of old world sequoia, hidden and spared. It is in the Santa Cruz mountain range, just west of Saratoga. One again I stood in awe of the immensity and longevity of these symbols of life. Sequoia are adapted to thrive through adversity. Storms make their roots stronger; fire is an essential part of their life cycle. Fire both clears the underbrush while allowing more light to reach their branches. Many sequoia survive multiple fires in their lifetime. The scars of the fire remain, but they continue to grow. Aren't we the same. Challenges in our lives unclutter and unencumber us from the banalities of daily living while enlightening us through greater clarity and acceptance of those things that really do matter. The memories remain, but not the pain.

Fire also promotes new growth of sequoia offspring. It is common to see a circle or ring of sequoia around an empty space where a giant sequoia used to stand and is now dead. Its death allowing new trees to grow in its place. They forever circle the spot, and almost enshrine it, in quiet reverence to their fallen progenitor. Reminding us that some must die to allow others to live.
I know that my heart donors family has planted a sequoia tree to honor his memory. Soon I will go and visit this tree, also to reverence the life he gave so that I could live. 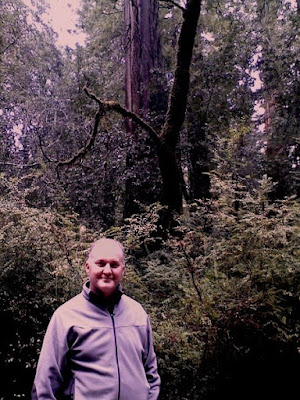 Posted by kevinandbarbie at 5:04 PM

I love you Kevin and Barbie. I was sad that you were lonely Kevin. I'm so glad Barbie is with you the rest of the week. I watched the video! I have a little bit of a concept of what your body is going through...you are a winner. Barbie I love your new hair cut! Have a great weekend together. Love to both of you. Mom