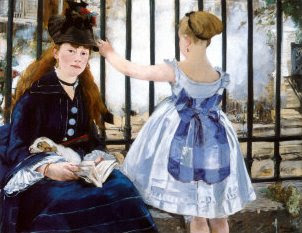 I remember the first time I went to the Chicago Art Institute. I was captivated by the collection of art from the impressionist period. I find that I have always been drawn to art from this period. My favorite museum in Paris was the Musee d’Orsay which housed a magnificent collection of pieces from this period, Manet, Monet, Van Gogh, Serrat, Renoir and many others. Someone once described impressionist art to me as the image one might notice in your peripheral vision as you were passing by a scene. It is a moment in time, more of a glance, out of focus. This is embodied in a painting by Manet (Gare Saint-Lazare) in which a woman is sitting on a street bench as a train is passing; a mere glance by a passerby.

I realized that this reflected many moments in my life in the past. With so many duties and distractions, many moments passed by in a blur. Moments that should have been the focus of my attention. Sometimes I would sit a basketball game or piano practice of my daughter and instead of focusing on them; I would be playing a game on my Palm organizer. The game or music would be seen or heard, but the essence was missed. I had so many responsibilities, that even when I was with someone, I would feel anxious to move onto the next task or item on the schedule, not giving them my full attention. This was the impressionist period of my life.

This changed as I begin the period of illness whose symptoms can only be described as classical. The problem was that these symptoms individually were all common to other benign conditions and were easily dismissed as indigestion or de-conditioning, fatigue, poor appetite, difficulty swallowing, hoarseness, unable to walk up a flight of stairs, stomach upset etc… Taken together they were classical for Amyloidosis. But who has ever heard or thought of amyloidosis? It would be like hearing a piece of music from the composer, Ernst Wilhelm Wolf, the style would remind one of the classical period, and it could easily be ascribed to Mozart or Haydn. So it was with me.

The diagnosis was finally made and my life then can only be described a surreal. To different realities juxtaposed; Kevin, the guy for whom everything always worked out, the lucky one, was now facing a fatal illness, incurable. It was difficult to grasp. Everyday revealed a new detail which altered the path in many directions, Roseville, Sacramento, a pleural effusion. malnutrition, edema, a cardiac output with half the normal flow. How was this possible? How did I minimize my symptoms so much that I did not see it? Santa Clara, a biopsy is done; Amyloidosis, then to the Mayo Clinic for exhausting studies, back to Santa Clara, Dopamine, Lasix and confinement; Hard decisions and finally to Stanford for a heart. And so on. I realize that all of this may seem rather abstract, but helped me to see what I had been missing.

The one true thing, the constant reality in all of this was Barbie. I never feared dying or pain or anything. The only fear was leaving Barbie alone. I relied on her, not only for emotional support, but for the first time in our marriage, for everything. She drove, she shopped, she lifted the heavy stuff. But, whenever we had a moment alone, we began to realize how strong our love really was. There were some tender moments so sweet, so powerful, that they changed us forever. Thus began my romantic period. Form and function folded into feelings. I see the color and emotion more clearly. And the recurring motif is gratitude.

Now when I go to hear Caitlin in her piano lesson, my Palm remains in my pocket, no games, no distractions. I want to focus on the music. I not only hear the notes, I can feel her essence expressed through the medium of the piano. If she makes a mistake, I don’t notice it. The dynamics, the rhythm, the passion is all I hear now. And it is so beautiful. Things are so much more in focus now. I hope that I remain in this Romantic period and never again experience life as a passing glance. 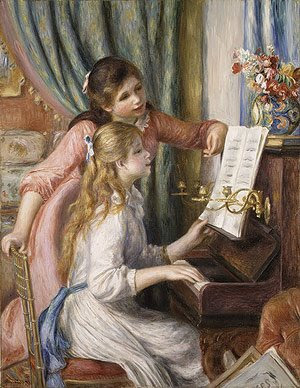 Posted by kevinandbarbie at 7:20 PM

There is so much for me to take from this post. Thank you.

You have a gift for words. And I really appreciate the opportunity to learn. Thanks for sharing your heart with everyone who reads this.

Oh Kevin how beautiful you put thinks into words. There are so many thinks that we take for gradated. We do need to stop and feel the moment. My love for you and your family is real and whole. Thank you. Lydia

So beautifully written, eloquent and poignant. As I vicariously live your ordeal, I hope that lessons can be learned through your experiences so that I don't have to!
Don't we all get caught up in the things we think matter, just to find out in hind sight that other things mattered more.
As always, you have enlightened and encouraged me (and other blog readers) to refocus, to make things count and to refine ourselves for the better.
It is obvious that your work here on earth isn't done yet, you are still (inspite of illness) serving others in so many ways.
Thank you for your insight. Now I hope I can make a difference in my life because of what you have already gone through.

Take care, our prayers still remain with you as always.

Beautiful. This post gives us all a lot to think about.
-Emma

I'm pretty sure I'm in the Impressionist period of my life. Hopefully my Romantic period will come easier than yours. But I really loved that definition of Impressionist work. That makes sense. I especially equate it with Seurat's "A Sunday Afternoon on the Island of La Grande Jatte."It applies.

Dear Kevin and Barbie, it was so nice seeing you at the support group on Tuesday. I enjoyed listening to you talk about the "hugs" and how important it is to hug someone and let each heart touch. I plan to give lots of hugs. Thank you Kevin for the comfortable talk last night. After receiving my heart biospy results I was so scared. You always help me feel calm and secure about what I have to face. You just have that way about you. I agree we both have to be "couch potatoes" this weekend and I have told everyone no visits so I can rest before Tuesday tests. I'm really scared but know we will have these ups and downs. I want to take good care of my beautiful new heart and what ever it takes I will do. I'm so grateful to have you and Barbie by my side through this. I thank you for your love and support. Know I will always be here for the both of you too!
love,
Debbie