The moment of ellipse 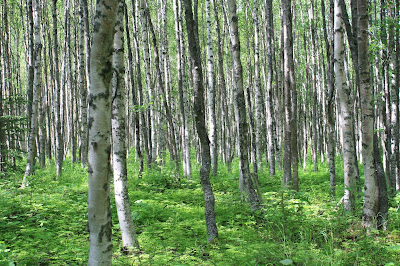 I have had more than a few people ask me recently, 'What does "The Middle of Infinity" mean?' Well, it has meant different things to me at different times. Because of this I often ask in return, "What does it mean to you? I have received many answers, most of which contain a common theme; something to do with being in the present moment. This definitely resonates with me. It is quite common to hear from almost all individuals that have experienced a 'mortality awareness event' to comment on how it changed their priorities and the perceptions of what is important in their lives. The little annoyances and pet peeves are cleared away like cobwebs and musky old drapery. The newly cleaned windows illuminate the saved soul and, for a time, they bask in the moment.
This is truly how I felt immediately when I woke up from the heart transplant. I was, and still am, a new man. The first blog that I wrote in my mind only two days later ended with the phrase, "Past regrets and future concerns have no place in the moment of presence. What I have learned from all of this is to cherish the present." Later, in a fictional story I penned called "Solids", Arthur, the protagonist, in a moment of epiphany realizes that, "The present is the gift we give ourselves."
For some reason I think elliptically and, as such, I also occasionally write in similar fashion. In our conversations, Barbie will say something which will cause me to think of something tangentially related, which will remind me of something else and so on. Five and a half thoughts and 3.791 seconds later I will begin verbalizing my new pondering; all previous frame of reference having completely evaporated. Barbie now has no idea of whom or what I am talking about. I often do this with words and phrases. Recently, at the produce market, I started bagging my groceries while the salesperson was still ringing me up. He jokingly commented that they would have to start paying me whereas I responded, "Well, it is the shortest distance between two points." It took him a second to realize that I was referring to economy of motion and economy of time. So what does any of this have to do with being present. (Now you know how Barbie feels.)
How long is a moment? Is it a zero dimensional point in the middle an infinite timeline lasting exactly 0.012 nanoseconds? For me a moment feels more like a focused connection during an event. As I recollect them I subdivide and compartmentalize them into my memory. When I remember getting married the moment that I cherished was not purely the few seconds when we were pronounced married, rather the moment began when I entered the room and ended when we left and my focus shifted. Some moments last seconds while others can go on for many minutes, even an hour. For me memories of moments occur in blocks of time. At least this is how I organize them. Somehow, now when I say cherish the moment I need to remind myself to cherish the uninterrupted focus. Then passively my mind shifts into elliptical gear and the train of thought is derailed.
To cherish the moment means actively holding the focus on what matters most; the person present before you.
Over time it is easy to forget that epiphany manifest through salvation and fall into old habits. Then something beautiful is noticed, an amber and gold sunset, a baby grasps your finger, a hug from an old friend and the awe and wonder returns.

Kevin
Posted by kevinandbarbie at 12:10 AM

Sometimes you have to come close to death to realize how precious the most important things in life are, even the most simple things can seem so lovely I hate to say that some people need to experience this before their life can be more worthwhile