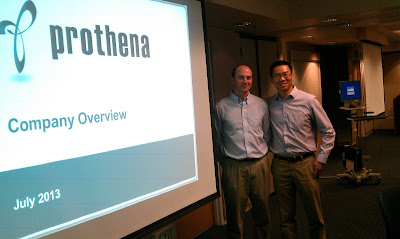 Yay! This sounds amazing! And I understood your description of the drug - which is also amazing but not nearly as important. :)

Must have been a DEX night with the 1:25am time stamp. We so benefit from the mania of your DEX! I copied this and pasted it into the Facebook Amyloidosis Awareness blog this morning. I think the explanation will benefit all that are wondering about the trial. I also mentioned the book and posted the Amazon link to it. I hope it generates interest for you.

Kevin, I have shared this with family members and friends as it is such a wonderful explanation of a complex topic. You have a gift. David and I loved your book!

My mother is fighting amyloidosis for many years and may be a candidate for Phase 2 testing. Thank you for this great explanation!