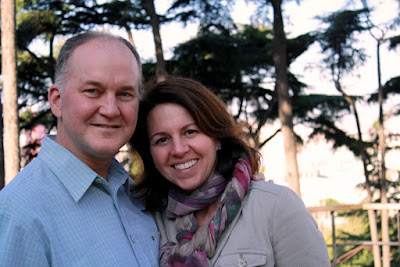 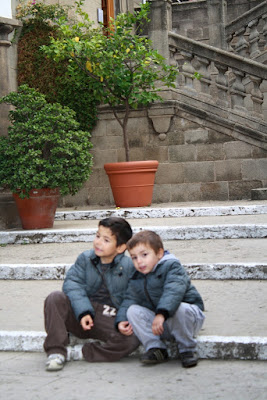 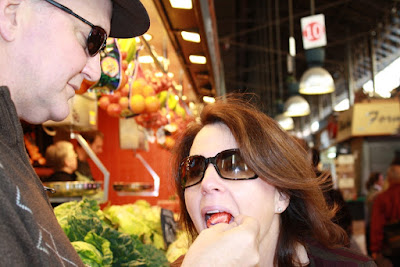 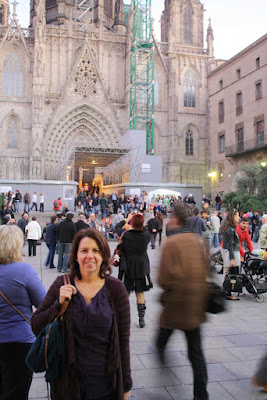 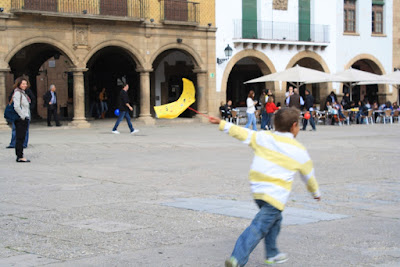 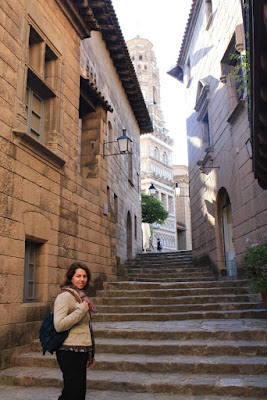 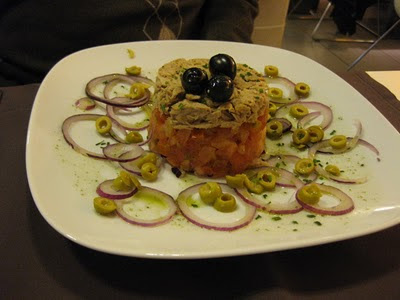 In the middle of our trip to Paris, we went to Barcelona for 3 days. Barcelona and Paris are similar in that they are both cities in Europe. Where Parisians are polite, Barcelonians are passionate. From the moment we got off the plane we witnessed constant kissing. They like to show there affection. The city is a mix of interesting architecture and a language that is mixed. They speak Spanish and Catala, (to to me Catala sounds like Spanish mixed with French, which our red-haired waitress warned us not to repeat.) Some of the people were friendly, but others (those in the department store) were not. But the populous was redeemed when we got on the wrong train and missed the airport. A kind young man not only told us we were on the wrong train, but got us to the nearest bus stop and did not leave us until we were safely going in the right direction. The people of Spain have a rich history and a rich culture, and just like the French, have much to teach us. The food in Spain was amazing. I had paella the first day and thoroughly enjoyed it. We toured the entire city on an open tourist bus and stopped at an exposition built for the 1929 worlds fair to preserve Spain architecture. It was delightful to watch the children play in the medieval square. I also enjoyed conversing in a language that I can both speak and understand. The trip culminated with an evening performance of Flamenco dancers on a venue midway down Las Ramblas which was near our hotel. Clearly, this traditional dance, accompanied by Spanish guitar, embodies the passion with which they live their lives and maintain their traditions for generations to come.

Kevin
Posted by kevinandbarbie at 4:04 AM

That is a fantastic picture of you and Barbie! Fantastic!

I am gladly envious of your great time. What is the centerpiece of the dish with olives? Art raved about the torta de huevos served in restaurants, and I could not duplicate it from his description. It was like a piece of cake to eat in your hand. Anyway, buen provecho!

What a great trip! You guys must have had to rest for a week when you got home after all that sightseeing! I'm glad that you had traveling companions because it is so nice to see so many pictures with both of you in them! Plus I'm sure they were good company. :)
The picture of the boy running with the little yellow kite is just too perfect to be real. He just seems so joyous and youthful and cute!