My tastes in music are somewhat eclectic, but mostly range from the Classic Rock genre to Modern and Alternative. However, currently the best band out there is clearly Coldplay. Saturday night I got to see them in concert. Rebecca had told me about a month ago that they were still on tour and tickets were available, but we'd have to go to Salt Lake City. We had missed them in San Jose, but we would have been in Rochester anyway that day. I wasn't going to miss this. Plus it meant we could spend Thanksgiving with our children here.
When we got to the venue I realized that if our seats were one more row back, we would be free-falling outside the wall of the building. But, at least, it put my new heart to the test as I climbed 6 flights of stairs without collapsing.
The concert was amazing. To hear all of my favorites from Clocks to I'll Fix You as Chris Martin leaped around the stage with with his signature side-ways glances at the audience was just totally cool. It was great fun to be there with Jeremy, Alexandria, Samuel, Michelle, Caitlin and Barbie.
Then began the pulsating beat of strings, guitars, drums and a 'Jerusalem Bell' resonating at the tempo of a heartbeat. What a contrast from four months ago as we then also listened to the title song of the album while driving from Santa Clara on the day of my first biopsy. The tears we felt then were now replaced by the joy of hearing the same song together as a family. The three words of the title with, now, with a new meaning for me: Viva la Vida or Long Live Life. 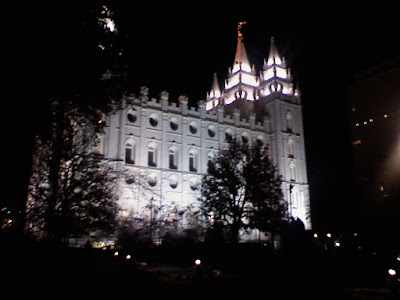 Posted by kevinandbarbie at 7:39 AM

Hey Kevin, so good to hear that you're doing better. You're still in our prayers. I hope it continues to get better everyday. You're an inspiration! Miss you all.